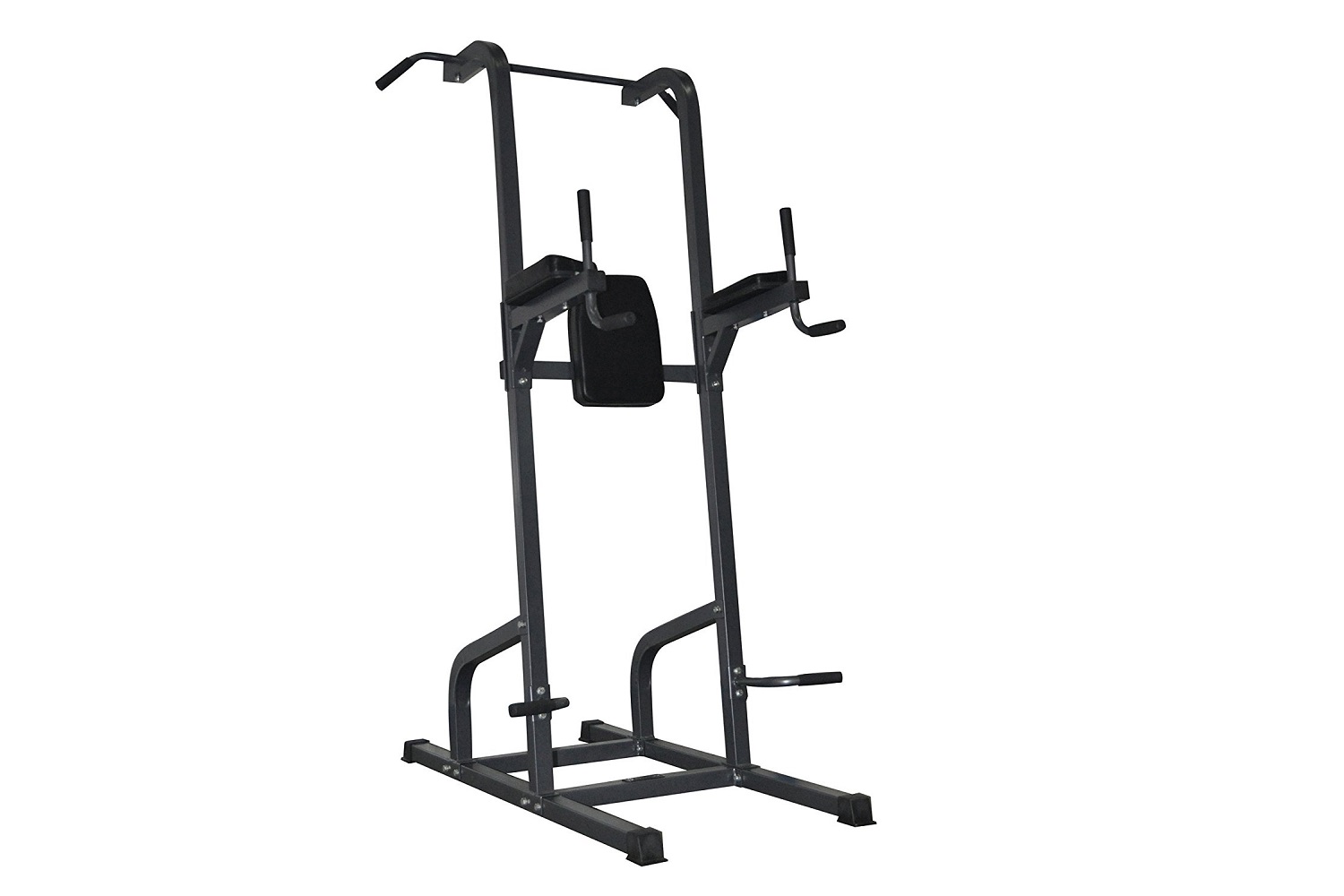 Solid, sturdy, and designed unlike many others. But what makes the Bodymax CF362 the highest rated Power Tower on Amazon?

Of the different pull-up bar types available, the Bodymax Power Tower is the most comprehensive option on the market, giving the user everything they need to perform chin-ups, pull-ups, dips and abdominal exercises with a single piece of equipment.

The all-in-one ‘swiss army knife’ type feature makes Power Towers an appealing buy for those wishing to make a substantial improvement to their home gym setup.

This advantage does come at a cost since Power Towers are the most expensive pull-up bar type available. It’s understandable that users want to research the best Power Tower first, so in this review, I’ll be looking at the highly rated Bodymax Power Tower to help you make the most informed buying decision possible.

How does the Bodymax CF362 Power Tower compare to competitors?

If you’ve ever owned a free standing pull-up bar or a doorframe type-pull up bar then there’s likely two things which may have left a sour taste in your mouth and craving from a bar elsewhere – a solid sturdy frame and space to work out in.

Here’s the great news – look no further because the Bodymax Power Tower certainly satisfies those cravings!

Bodymax has created a real heavy-duty piece of kit here, which once assembled on a nice level surface will provide the most solid and sturdy structure of any other Power Tower on the market.

As one of the more expensive models available I wouldn’t expect anything less and I’m glad to see that other reviewers online echo my words.

In terms of workout space, one of the most fundamental advantages of the Bodymax Power Tower is the placement of the pull-up bar so that it is mounted on the rear side instead of on the front like all other models. This is the key change when comparing this newer CF362 model to the previous Bodymax CF360 model.

But why is this important?

Having your body hang between the padded armrests when using the bar can be limiting since the armrests restrict the available space for your body in a hanging position.

For the more beginner user simply wanting to use the bar for chin-ups and pull-ups, this may feel no more than a bit of an annoyance. For the more advanced users looking to progress to exercises like Archer Pull-ups and Hanging Windshield Wipers, the restrictions of the armrests become a total nightmare which makes doing these exercises almost impossible and a total pain in the a**e!

Having the bar situated on the rear face of the equipment allows you to have plenty of space to perform whatever exercise you wish. Assemble the Power Tower in an area with a high ceiling, and you’ll even be able to train Muscle-ups!

Max user weight: 135kg (21 stone)
Equipment weight: 50kg
Pull-up bar height: 220cm
Base dimensions: 150cm x 65cm
Assembly: At a total weight of 50kgs, assembly of the item will require two people. It should take you between 30 – 60 mins to fully assemble and will only require a couple of spanners.

Are there any other benefits or shortcomings to the Bodymax CF362 Power Tower?

I’m glad to report that there are no shortcomings with this item – it really is a great piece of kit and the most popular Power Tower for a reason – but I would reiterate that Power Towers (in general) are heavy pieces of equipment which are hard to move or dismantle. Make sure you have space at home to keep a Power Tower permanently first as there are different pull-up bar types that would better suit you if not.

In terms of added benefits, I would also add: