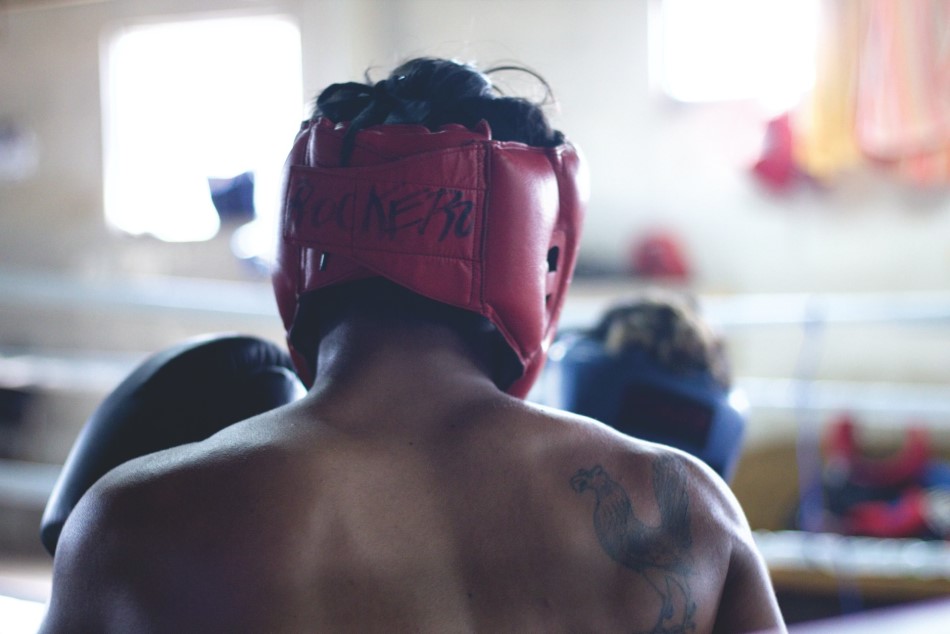 Calisthenics is one of the best workouts you can do if you’re into any kind of fitness. Every move is a compound movement and requires the engagement of your core as well as more than one muscle group at some level.

It truly is a well-rounded approach to strength and conditioning. For this reason, it’s the one form of strength training most used by fighters of the past and present.

In this post, we’re going to cover a good calisthenic program for boxing that you can use to build muscle and burn fat.

Unlike most common weight training methods, calisthenics training allows you to be able to work on more than one thing in each exercise. It puts your entire body to work with small and big muscles being forced to cooperate.

Let’s dive into why a boxing workout consists of calisthenics for strength training.

#1 It Keeps Them Light

Every boxer outside of heavyweights wants to stay as light as possible. This is because the more weight they gain, the bigger and taller are the guys that they have to fight with.

Cutting weight is a huge part of the sport, and a weight lifting routine would bulk them up and cause them to pack on the unnecessary weight that is not conducive to fighting. However, they still need to be able to have strength and muscle endurance.

#2 It Doesn’t Slow Them Down

One of the main things that calisthenics helps fighters with is it actually tends to increase strength AND speed, whereas a typical weight lifting routine would just focus on the former.

Isolated movements like arm curls are not going to help your speed in any way; neither are big arms, with calisthenics. However, you’re able to get much more efficiency out of the muscle that you build.

It also helps you build fast-twitch muscles which can add to your punching speed, an ultra-important aspect of fighting, and athleticism in general.

If you’re a fighter, every muscle on your body needs to have a use for it. If it doesn’t, you will most likely end up being defeated because you’ve spent time working on the wrong things. A good bodyweight program will allow you to have real-life strength that can be used in everyday scenarios, including fighting.

It isn’t just curling a weight with one arm or pushing it off your chest. It will very much give you the strength of a wild animal and give you an ape-like presence when facing against your competition.

#4 It is Great for Endurance

If you ever think boxing is easy, ask your friend to a friendly 3 round spar. If you make it into the third round, you will realize how insane it is that fighters are able to do this for 45 minutes.

Fighters have to be in tremendous shape, and a bulky physique will only need more oxygen, leaving them more tired.

Most calisthenics routines require high reps and therefore work all aspects of endurance, including the heart, lungs, and muscles. Stamina is more than one aspect, the last thing you want in the ring is to have strong lungs but weak muscles that can’t go the full 12 rounds.

Fighters can’t afford to get injured in a fight because they’re livelihoods are dependent on them stepping into the ring. Because of this, heavy compound lifts go out the window. Not only is it a high risk during the lifts, but after all the muscle is torn, they still have to do their boxing training the same day or next day.

All these benefits aren’t just benefits for fighters, but for you.

Now that you know why let’s talk about what to do.

Our Calisthenics Workout For Boxers

Calisthenics can be done in very different ways. Some take a more gymnast-like approach, focusing on holds, and difficult motions like handstands and flagpoles, all of which can help a fighter increase strength as well.

Here, we will focus on the most common type of calisthenic workout for fighters which will be focused on high reps, very little rest, and building muscle that has endurance.

In fact, Mike Tyson was known to do 500 reps of dips, push-ups, and squats during his prime. He did not lift one weight during his training as a young champion.

Let’s jump into the workout.

The circuit will involve you doing four different exercises for a total of 10 sets.

You will be doing push-ups, squats, pull-ups, and dips back to back.

It is a tough circuit, but it does give you a break, and you can take a longer one if required.

Here is a real-life example of how it would work:

Tips for working to failure

Are you surprised that the workout sounds hard? It is!

Here are some tips to help you:

If it’s still too hard for you, there is an alternative method, that is also really hard.

Want to try an alternative method to the circuit?

The other way of doing calisthenics in a fighter like fashion will involve the same four exercises but tackling each exercise one at a time.

Simply concentrate on only one of the exercises at a time, completing one set to failure, with only 30-second breaks between each set. Complete 10 sets of each exercise.

Once you’re done with that, start the next 10 sets of a different exercise. So once you’ve done 10 sets of push-ups, move to pull-ups. Once you finish 10 sets of those, go to squats etc.

This will have you burning up and breathing heavily at the end of the workout!

How often should you complete the circuit?

This circuit is an excellent way of increasing your endurance and rep range for these four common exercises. Even if you aren’t training specifically for boxing, these exercises will work all of your body and will give you an amazing foundation for more advanced exercises.

Ideally, we recommend trying this circuit out 4 times per week, but build up to that number if these exercises are new to you.

Make sure to add a rest day between each attempt at the circuit. If you’re completely new to this intensity, you may wish to add a couple of rest days in the beginning, as you may find your muscles are sore and aching for up to 2 days.

This circuit will challenge you mentally and physically, but you will come out of it a different person, both mentally, and physically. You will feel a level of athleticism that you are not used to and will be able to carry that over into your other workouts. Give it a go!