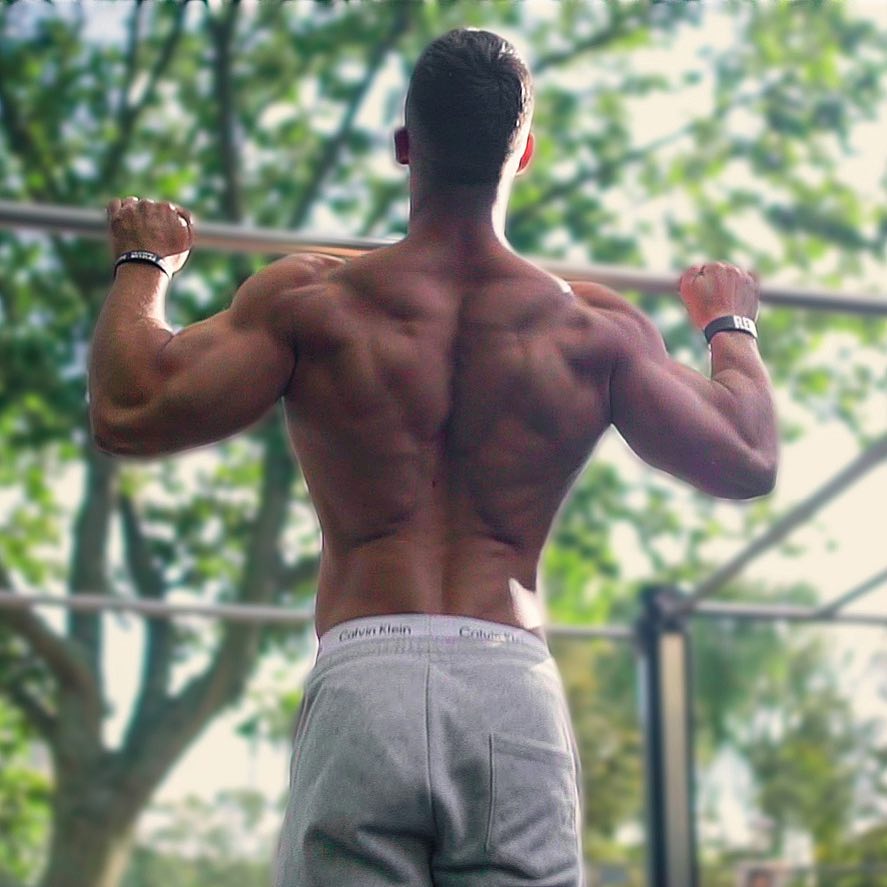 Everyone’s has their own motivations for training calisthenics.

For some, it’s about building phenomenal strength and power.

For others, it’s about learning amazing tricks and skills, most likely the kind which you’d never have even dreamed of being able to do back when you were only obsessed with weights.

But there are also many people who simply want to pick a training method which will help them achieve the best body possible.

And that’s completely fine. I get it.

With Instagram bringing us more fitness influencers than ever, it’s no wonder people now desire to have a similar body to some of their Instagram role models.

So in this post, we’re going to try and answer two key questions to help you decide if calisthenics and bodyweight training is the correct choice for your body goals:

I never thought I’d be writing a post about the best calisthenics bodies.

But here we are.

Let’s start by sharing some of the most notable calisthenics influencers out there with you.

Often referred to as the Serbian Beast (and for good reason), Dejan is the source of numerous YouTube inspirational videos due to being both insanely talented and built like a house.

His calisthenics transformation can be seen below; almost unrecognisable from his younger 2012 self.

Better know by the name “Calisthenics Kingz”, Richards has been turning eyes in the calisthenics world for many years.

Richards is best known for incorporating Handstand push-ups into most workouts, often mixing them up with harder Scorpion and Tiger Bend variations too.

Malin has been one of my favourite influencers on Instagram over the last 6 months.

Nothing short of a complete package, Malin is crazy skilful, flexible, and strong as an Ox.

She’s even done her part in helping push calisthenics in Sweden, with a recent performance on Sweden’s Got Talent.

Frank Medrano has been around for a while now as one of the veterans of the game.

Frank is a big advocate for a healthy Vegan diet, and as one of the leanest on the list, nutrition is obviously fundamental to his success.  With abs like his, it’s hard to argue otherwise!

A little ball of energy that regularly shows up on my Instagram feed, Skylar’s got the skills to match the body.

Skylar is also refreshing to many others in that her social isn’t all just perfection; she frequently posts her falls and fails, allowing others to see that it isn’t always perfect execution!

Lazar is the Founder and CEO of Bar Brothers; the YouTube channel and fitness program.

He’s also the second Serbian on today’s list…. Maybe there’s something in the Serbian water?!

With over 484K YouTube subscribers, Lazar has done a fantastic job of growing the Bar Brothers team. Check the channel out here.

Simone was a former international gymnast before having to retire due to injury, and after finding a new path with calisthenics, Simone can now be found teaching others in London, UK.

Simone’s achievements to date have included Queen of the bar in Germany 2016 and UFL female World Champion New York 2017.

How Much Muscle Can I Build with Bodyweight Training?

If you want to build the most amount of muscle, most people don’t usually dive into bodyweight training. Despite its unequivocal benefits for functional strength, convenience, and money, bodyweight training isn’t the best choice if you’re strictly trying to build as much muscle as possible.

If the question you want to be answered is simply “can I build muscle with bodyweight training?” Then the answer is obviously yes. Simply look at any expert calisthenic artists or gymnasts to see that you can build an impressive body using minimal equipment. There’s a reason why dips and pull-ups are still a staple part of any bodybuilder’s routine despite their access to dumbbells, barbells, and machines.

There are other benefits to bodyweight training that are often overlooked. For example, bodyweight training tends to be a lot easier on the joints. The movements require a greater degree of practice, and due to the fact that progression requires more time, your training tends to have a higher amount of repetitions. This means that the joints have a longer time to strengthen and get used to the motions, thus reducing your chance of developing an injury which can keep you away from training for days, weeks or even months.

This benefit, however, is also what holds bodyweight training back from being the best muscle building option. The struggle to progress limits the two biggest contributing factors towards muscle growth: progressive overload and volume. With weights, you can progress in smaller increments by adding 2.5lbs to the bar. This increases both the strength and capability of your muscles alongside the volume of your session. If you were squatting 150lbs one week for 5 sets of 10 reps and added 5lbs onto the bar next week, then the volume has increased by 250lbs. However, with bodyweight training, you might be able to bodyweight squat just fine, but can’t handle the progression of a single-leg squat. This then limits your ability to move forward and for your muscles to adapt. Not only does this make it hard for you to build muscle physically, but it can be difficult to keep up motivation when the results come at a much slower rate.

There are also more movements you can do with standard bodybuilder training. All bodyweight training revolves around compound movements (movements which use multiple joints). Yet, with dumbbells, barbells and machines, you can isolate the muscle to train it specifically. This allows for you to combat imbalances, increase the volume in an individual muscle, and reduce the mental strain of your training sessions. Compound training involves a lot of mental work due to the amount of muscles involved whereas isolation exercises are much less mentally and physically fatiguing.

Lastly, there are a limited number of bodyweight exercises for the lower body. There are a variety of ways to get creative with your upper body training, but the lower body can become neglected. Standard bodybuilding routines will use squats, deadlifts, and lunges using barbells and dumbbells alongside machines such as the leg extension, leg curl and leg press to build the thighs, calves and glutes. Bodyweight training alone can make it quite difficult to build up this area of your body.

So, in summary, whilst it might be possible to build muscle with bodyweight training and can be extremely effective if you don’t have access to other equipment, it’s not the best option for those simply trying to get big.