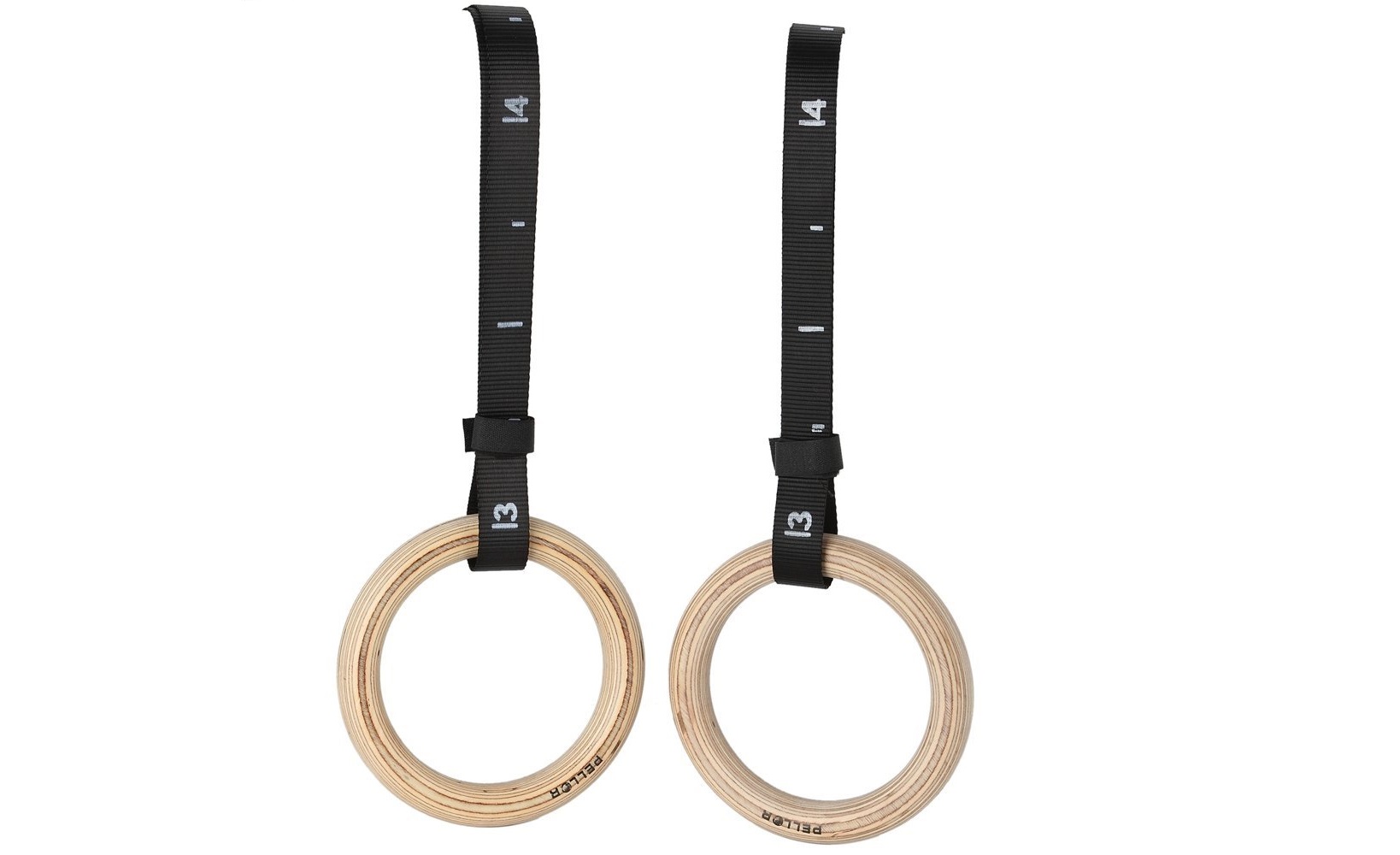 Brilliant value and easy to use rings which are a perfect choice for first time rings or buyers on a budget.

The Pellor Olympic Gymnastic Rings are a great choice for a first pair of gymnastic rings if you’re looking for something of top quality without breaking the bank.

Unlike cheaper rings, the Pellor Olympic Gymnastic Rings are made out of quality wood and feel smooth in your hands – not so smooth as to be slippy, but enough to give a good grip without feeling rough.

The Nylon Webbing Straps are also much wider and longer than other models, making Pellor’s rings suitable for many different locations, such as the park or at home, allowing you to turn any place into your own gym for trying new techniques and workouts whenever you wish.

Why spend more on the Pellor Wooden Gymnastic Rings than the cheaper plastic versions?

If you’ve used cheaper non-wooden gymnastic rings before then the first thing you’ll notice is the texture and quality of the ring itself. Plastic rings simply don’t feel as high class in terms of quality, and they’re also much likelier to become slippy in your hands as you work up a sweat.

The only good thing about the plastic rings is they may save you around £10, and can also be purchased in a number of different colours such as Red, Blue, Green and Yellow.

Personally, I don’t think the cost saving is worth the decrease in quality.

How do I set up my Gymnastic Rings

I’ve often found that the instructions that come with gymnastic rings are lacking (nothing against Pellor!).

It is obviously very important to set the rings up correctly, since if the rings aren’t set up right then the straps won’t hold and the rings are going to slip. Even worse the strapping could fray and you could end up injuring yourself.

For those looking for a more detailed setup explanation, then I’d recommend watching the YouTube video below:

Check the price of Pellor Olympic Gymnastic Rings on Amazon