Push-up or bench press? Pull-up or lat pull-down? Pistol squat or back squat? Bodyweight row or… Ok, you get the idea.

If you’re trying to decide whether you should begin calisthenics or weightlifting, or switch from one method to the other, you aren’t alone. Many people agonize over which type of training is better for them. As with many things in life, the answer isn’t a simple one and largely depends on your training goals (i.e., what you’re trying to achieve).

In this article, I’ll compare calisthenics and weightlifting, and explore the most important concepts and commonly asked questions to help you decide which is best for you.

Calisthenics vs Weights – What’s the Difference?

Calisthenics workouts and exercises rely almost exclusively on your own bodyweight. Calisthenics often utilises equipment like pull-up bars, dip bars, and parallettes. It can also include items that add to your body weight, such as weighted vests and dip belts, as well as resistance bands (which effectively reduce your bodyweight and make exercises easier to complete).

Weightlifting is a fairly broad term that describes a method of exercise training that relies on external objects and specially-designed apparatuses to provide the training stimulus. This includes working out with free weights (e.g., dumbbells and barbells) and machines (e.g., leg press, pec dec, and lat pull-down machines).

Both calisthenics and weightlifting can be used to achieve a range of outcomes including strength, hypertrophy (muscle building), endurance, power, flexibility, and sport-specific athleticism. One of the key ideas to understand is that there’s nothing about either method of training that makes it inherently better than the other. In fact, calisthenics and weightlifting work via the same mechanism to cause adaptations in your muscles.

Let’s look at that idea a bit more.

Both calisthenics and weightlifting are forms of resistance training. That is, they encompass exercises that force your muscles to contract against some form of resistance.

When it comes to seeing results, the type of training you do is best determined by the specific goals you’re trying to reach.

Because calisthenics and weightlifting are both common forms of strength training, the desired outcome from completing them obviously tends to be developing strength and/or building muscle. So, let’s compare calisthenics vs weights to find out how effective they are in helping you achieve these outcomes.

Does calisthenics make you stronger than lifting weights, or vice-versa? 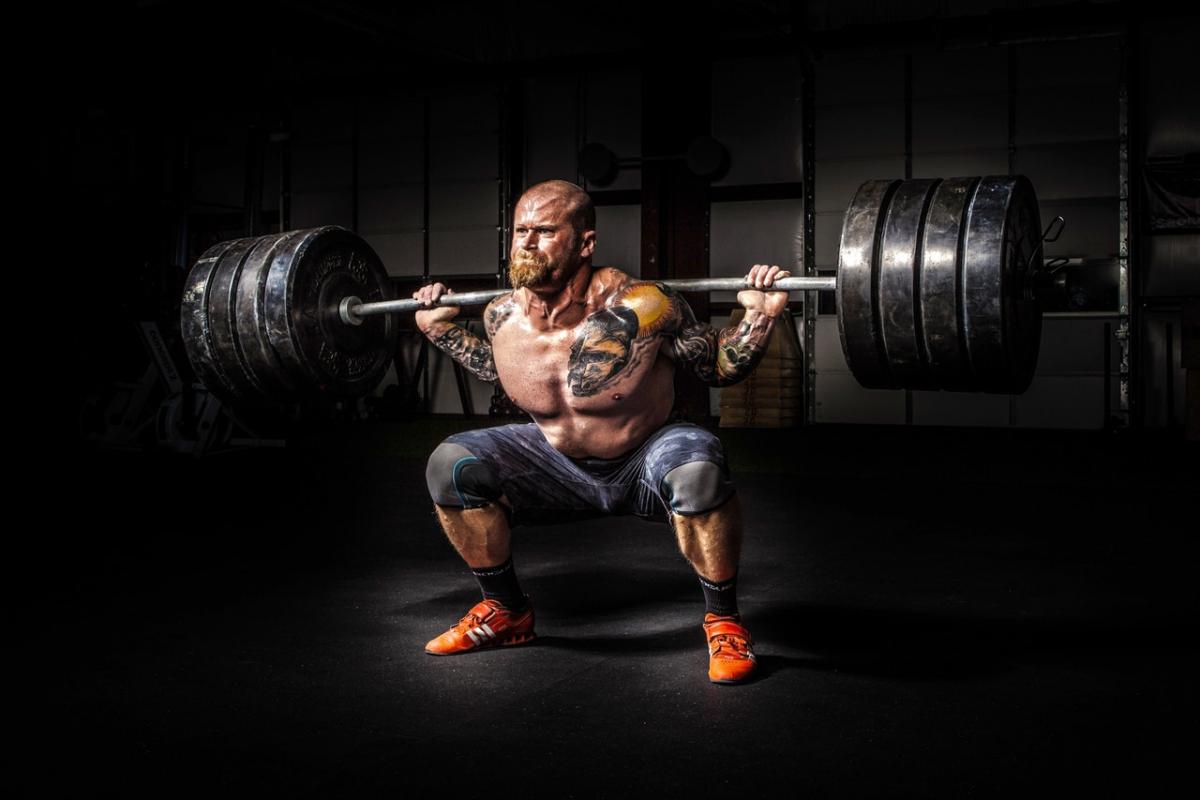 Unfortunately, the answer to this question is not a simple “one is better than the other, for reasons x, y, z”. This is because strength is not an absolute property of your body; it’s a relative property. It’s relative to the thing(s) you’re trying to be strong in. This is where it’s useful to have an understanding of the SAID principle: Specific Adaptations to Imposed Demands (also known as ‘specificity’).

SAID is a key principle of exercise training and describes the fact that whatever gains you make from working out will be heavily dependent on the specific exercises you do. And, those gains will often have relatively little cross-over to other types of training. It’s for this reason that champion sprinters, for example, tend not to be champion swimmers, or champion cyclists, or even great long distance runners (and vice-versa). A champion sprinter’s body has adapted to the specific training they undertake (i.e., training that makes them a champion sprinter), which has limited cross-over to other athletic pursuits.

The same is true for strength training. Gains in strength are dependent on the specific exercises you do. Different exercises have different movement patterns and other biomechanical characteristics, such as the speed of muscle contraction, load, contraction type (concentric, eccentric, isometric), range of motion, and degree of stability. All of these characteristics impact on the changes in strength produced by your training. Research in sport and exercise has consistently demonstrated this effect (there are two particularly famous studies demonstrating the principle of specificity; this one and this one).

Put simply, what you do is what you get. If you train to have a lot of strength in the big 3 weightlifting exercises (bench press, squat, and deadlift), then you’ll be strong in the big 3. But, don’t expect that same strength to show much cross-over into bodyweight training. Just because someone can back squat 200 kgs, doesn’t mean they’ll be able to do pistol squats with ease. While the movements may appear similar, the biomechanics (speed, range of motion, degree of stability, etc.) of squatting on two legs with a heavy load on your back is very different to simultaneously balancing your bodyweight and squatting on one leg.

Similarly, developing considerable amounts of strength through bodyweight training will make you very strong when manipulating your own bodyweight. But this strength may not show much cross-over into weight training. That said, there is plenty of anecdotal evidence that suggests that strength developed from calisthenics has greater cross-over into weightlifting compared to the reverse.

So when it comes to building strength, neither type of training is inherently superior to the other because there is no one type of strength. But what about building muscle?

Is calisthenics better for building muscle than weightlifting, or vice versa?

Again, there’s not really a straightforward answer to this. Both forms of training are effective for building muscle. It has more to do with how you train than what you train with.

Conventional wisdom used to be that strength was most effectively built when exercises were completed in rep ranges of 1 – 6 reps, endurance was best developed in rep ranges of 15 or more, and muscle building was optimal in rep ranges of 8 – 12. Research, however, has consistently shown this to be untrue. Increases in muscle size have been shown to be equal across all rep ranges – from very low (1 – 3) to very high (up to 100), and everything in between.

The volume you do and the effort you put in are far more important determinants of building muscle than rep range. High volume workouts in which you’re completing all exercises to within 2 reps in reserve (RIR; the number of reps you still have left in the tank) are your best bet for efficiently increasing size.

Now, it’s worth pointing out that doing lots of reps takes more time than doing fewer reps, which raises the issue of efficiency. While low-load, high-rep training can build muscle just as well as high-load, low-rep training, it physically takes longer to do. This is why effectively building muscle with calisthenics requires dedication and continuous movement through progressions that increase the load/resistance. Similarly, it’s why bodybuilders do much more weightlifting than bodyweight training; amongst other things, it’s easier to manipulate the load and maximise the volume.

If you want to read more on building muscle with calisthenics alone, check out Can You Build Muscle Using Only Bodyweight Exercises.

At this point you may be wondering “can I just do both calisthenics and weightlifting?” Let’s see if we can’t answer that question.

Can you train both calisthenics and weightlifting together?

Yes, of course, you can if you want. Any and all types of resistance training can be combined to complement each other. Bodybuilders like Arnold Schwarzenegger and Franco Columbu frequently performed a variety of bodyweight exercises like pull-ups, push-ups, and dips alongside their weight training.

If your goal is to develop a nice physique without becoming the next Mr or Mrs Olympia, then it’s probably not necessary to train both. If you want to develop a great physique that turns heads, then you will need to work pretty damn hard, and include multiple different types of training. If turning heads with awe-inspiring gymnastics tricks is what you’re after, then you’re definitely better off dedicating as much time as possible to bodyweight training.

Ultimately, my advice is to choose the method that ticks the most boxes for you, such as how enjoyable and challenging you find the training, how much time you have, and your budget.

One way to decide which type of training is right for you is to examine the advantages and disadvantages of each one and see which you find most appealing (or least unappealing).

Advantages and disadvantages of calisthenics

But, bodyweight training also has some drawbacks:

Advantages and disadvantages of weightlifting

There are some very appealing things about weightlifting too:

There are also some not so great things about weightlifting you need to be aware of:

After reading all of the above, you might be thinking about switching from weightlifting to calisthenics, which is a pretty solid option. But, what can you expect from making this transition?

Switching from weightlifting to calisthenics

Expect a transition from weightlifting to calisthenics to be difficult at first as your body adapts to the new demands you’re placing on it. This is where you’re likely to experience the SAID principle for yourself.

Calisthenics exercises that are extremely different from the weightlifting exercises you’ve trained are the ones that are likely to feel the most difficult and have the least strength carry-over. Push up variations like archer push-ups, uneven push-ups, and one-armed push-ups are good examples of this. Because they’re so biomechanically different from any weightlifting exercises you’re likely to have done, they will almost certainly be really difficult at first, and you’ll need to build up to them gradually.

However, there’s no reward without effort. Nothing in life worth having comes easily, and anyone who has dedicated themselves to bodyweight training knows the profound sense of achievement that comes with it. Add to that the feats of strength and head-turning tricks that border on the phenomenal, and it’s easy to see why calisthenics is such a popular movement.

With this site being Calisthenics 101, I’m obviously partial to bodyweight training. But that’s simply because calisthenics is better suited to helping me meet my training goals. What I’d most like to get across is that, when comparing calisthenics to weightlifting, there’s really no right or wrong choice. Both are extremely effective methods of training and are great for your health and well-being. Your decision on which to go with is best guided by what exactly you’re trying to achieve.

Ultimately, the most important thing is that you choose a method of training that challenges you, and that you can actually stick with long-term. 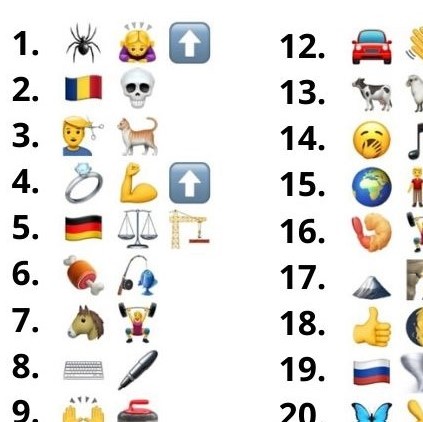