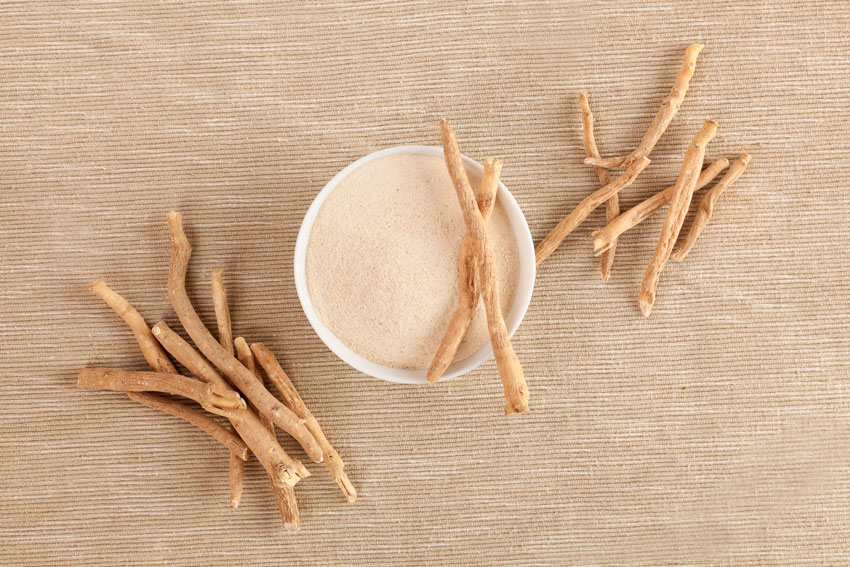 There seems to be a gap in people’s knowledge when it comes to the topic of ashwagandha, with almost no real and accurate information out there.

However, this is likely to change in the coming years as more and more people discover the benefits ashwagandha can bring.

There are many bold claims about the many benefits that ashwagandha can bring, which can almost seem too good to be true.

In this article, we will be discussing all the scientifically backed benefits of ashwagandha and why it may be able to help you grow more muscle, lose more fat, and gain more strength.

Ashwagandha is a herb that primarily grows in India that has a mirage of health benefits.

For thousands of years ashwagandha has been used by communities in India for its healing and well-being producing properties, but only recently has research been conducted and found these claims to be true.

Ashwagandha root contains several substances, some of which cannot be found in any other plant or herb.

After Ashwagandha began to gain some notoriety for its numerous claimed benefits, companies began to take extracts of the herb and make supplements in the forms of capsules and powder.

The Numerous Benefits Ashwagandha can Bring

Interestingly, Ashwagandha has an extensive list of potential benefits that can oftentimes leave people in disbelief. Some of these benefits include reducing anxiety, reducing depression, reducing stress, improving wellbeing, increasing productivity, speeding up weight loss, increasing muscle mass, and a plethora of others.

Furthermore, ashwagandha can also do wonders for people’s health in the form of reducing the risk of certain types of cancer, lowering blood sugar, and having life-extending properties.

Of course, that can lead to some people being suspicious as all of ashwagandha’s claims seem too good to be true. However, once you understand the basic mechanics of how Ashwagandha works, things begin to make more sense.

How Does Ashwagandha Work?

Almost all of the benefits that ashwagandha can bring come from one mechanism; reducing cortisol.

So, by knowing that ashwagandha’s main function is reducing cortisol, you can see why all the effects mentioned in the above section aren’t too far off a stretch.

Apart from just increasing muscle mass and reducing fat, Ashwagandha is also able to reduce all the aforementioned negative effects of higher cortisol levels such as depression, anxiety, and stress.

This is why when people begin supplementing with ashwagandha they notice a reduction in stress and anxiety, improved mood, gains in muscle mass, and increased fat loss.

Ashwagandha is also able to improve people’s health through this same mechanism. Reducing cortisol has seemingly endless health benefits, with the most notable ones being preventing certain cancers and extending lifespan.

One of the Few Supplements That Have Been Scientifically Proven

Unlike most other supplements, there is some scientifically proved evidence that shows the validity of ashwagandha.

In one study, two groups were given either 600mg of ashwagandha or a placebo. After an extended period, the group that took ashwagandha performed significantly better on certain markers of strength such as the bench press.

In addition, the group that took ashwagandha also had gained upwards of 2.7x the muscle compared to the control group, and their body compensation was much more favourable.

The aforementioned study has been repeated with higher concentrations of ashwagandha and produced similar results.

There have also been a plethora of studies targeting the mental aspects of taking ashwagandha, which all show extremely promising results lining up with the claimed benefits of ashwagandha such as improved well-being, increased confidence, reduced anxiety, improved overall cognitive function, and many others.

Are There any Downsides to Ashwagandha?

One of the best things about ashwagandha is that it has been shown to be safe in the vast majority of cases.

All studies conducted on ashwagandha has never shown any serious side effects, only minor issues such as an upset stomach or nausea in certain people.

Because of this, you can take ashwagandha and gain all the physical and mental benefits it brings without sacrificing your health or dealing with any annoying side effects.

Some people who may have heard of ashwagandha may be hesitant to try it because of its muscle-building properties which can oftentimes bring with it serious health effects of which has been seen in steroids and SARMs. However, ashwagandha is neither a steroid nor a SARM, and it functions in a completely different way from how those sorts of substances work.

Since ashwagandhas only main effect is reducing cortisol, all of the effects that come with it seem to be positive.

Ashwagandha is an amazing supplement that offers so many enticing benefits without sacrificing your health.

Ashwagandha is likely going to explode in popularity over the next coming years as more and more research is done solidifying the already known benefits and making vast amounts of people get in on the fun.

Not only that but all these claims have been backed up by science too. Ashwagandha seems to be the real deal.

So, if you are considering trying out ashwagandha, we would recommend it, be that from a reputable and trustworthy brand of course.

Whether you want to get into ashwagandha for the increased muscle and fat loss or because of the mental benefits, either way, ashwagandha will be able to improve your life.