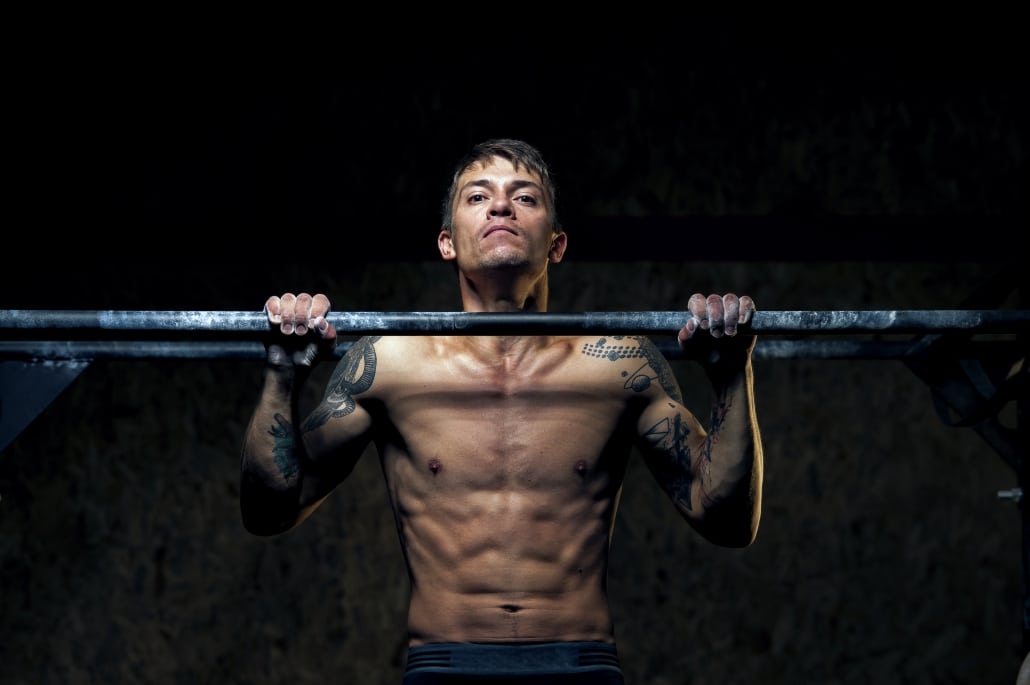 Getting a pull-up bar fitted above the door or using a gym to knock out a bunch of pull-ups every day is a challenge. If you’ve never exercised your upper body in this manner before, it’s quite likely that you won’t succeed in doing many pull-ups on your first day. However, if you already have been busy working the upper body with other exercises – or do weight training regularly – then you might find this a breeze.

But is it possible to do pull-ups several days a week or even every day? Let’s consider it.

Can you do pull-ups every day?

Performing pull-ups every day is a bit daunting at first. If you’ve never done them before or taken some take away from this exercise, then probably it’ll take too much out of you.

Even pull ups every other day might be troublesome in the recovery phase if you’re not used to upper body workouts or you did some weight training on the upper body earlier that same day.

Is it possible to do pull-ups every day?

For someone who regularly exercises and is already well-developed in the upper body region, then yes, it’s possible. However, if you’re starting from scratch, then this is less than ideal.

The main issue is that it allows too little recovery time between days. When thinking about weight training, people avoid training the same muscle groups on consecutive days. It’s because when the muscle fibre has been damaged and needs to build back stronger, it allows insufficient time to do so. This means you’re performing pull-ups the next day on muscles that are less than 100%.

Is doing pull-ups every day a good thing?

Performing some pull-ups every day is likely to put some strain on you.

However, if you’re interested in ‘greasing the groove’ with an intent focus on improving technique rather than maximising the total number of reps per session, then this may work. When thinking that 10 reps are the maximum for you per day, maybe switch down to 5 reps. Then fit in several pull-up sessions each day.

The idea is to build on your form, fluid movement, and eventually, total mastery of pull-ups. Increasing muscle mass is not the goal here.

What are the negative effects of doing pull-ups every day?

As indicated earlier, pull-ups every day is not all sunshine and rainbows. There can be some negative effects that come along with it, especially if you’re trying to hit your max reps each day too.

Here are some of the possible negative effects of doing pull-ups every day:

You only have so much energy per day. When blowing out your upper body muscles with a single form of exercise, it makes it impossible to move onto other upper body exercises. This is fine for one day, but when you repeatedly only get pull-ups done, then you create a potential muscle imbalance.

Different upper body exercises work on various small and large muscles. By not mixing it up, you’ll end up with an imbalanced appearance too.

The muscles need time to recover. Depending on the level of fatigue and muscular breakdown from upper body exercises, the damaged muscle fibres will require days to repair. This is how they grow stronger and sometimes expand in size. For this reason, bodybuilders alternate between the upper and lower body on different days to permit the muscular repair process to finish.

If performing pull-ups daily, the upper body is put under undue stress without proper time to recover. This is indicated by finding days 2 and 3 to be much harder than day one. It also risks injury too.

Less Energy for Other Forms of Exercise

Either you only have so much time or energy for exercise. Devoting much of the available time or upper body muscular energy to a single exercise limits your options going forward. Continuing with that emphasis leaves insufficient energy available for other healthy activities too.

Let’s face it. It won’t matter how many pull-ups you’re doing; it will get boring fast! Mixing up an exercise routine prevents it from getting stale and avoids you not wanting to workout because of it.

What results should you expect from doing pull-ups every day?

Several people have tried the 100 pull-ups everyday challenge which is usually attempted for 30 days.

One YouTuber, for instance, gave it a go. Laurie Shaw decided to do 100 pull-ups every day for the full 30 days. His video shows the struggle he had to compete with the challenge due to fatigue and lack of rest days. And he’s pretty buff at the beginning too – anyone new to exercising would mercilessly struggle!

The sad thing is that he showed the before and after shot, from the front, and had to admit that there was no noticeable difference between the two photos.

Skip to around 9 mins in to the above video to see that.

Ultimately, performing pull-ups daily is usually overdoing it. It’s far better to include pull-ups as part of a varied workout routine and restrict them to every few days instead.