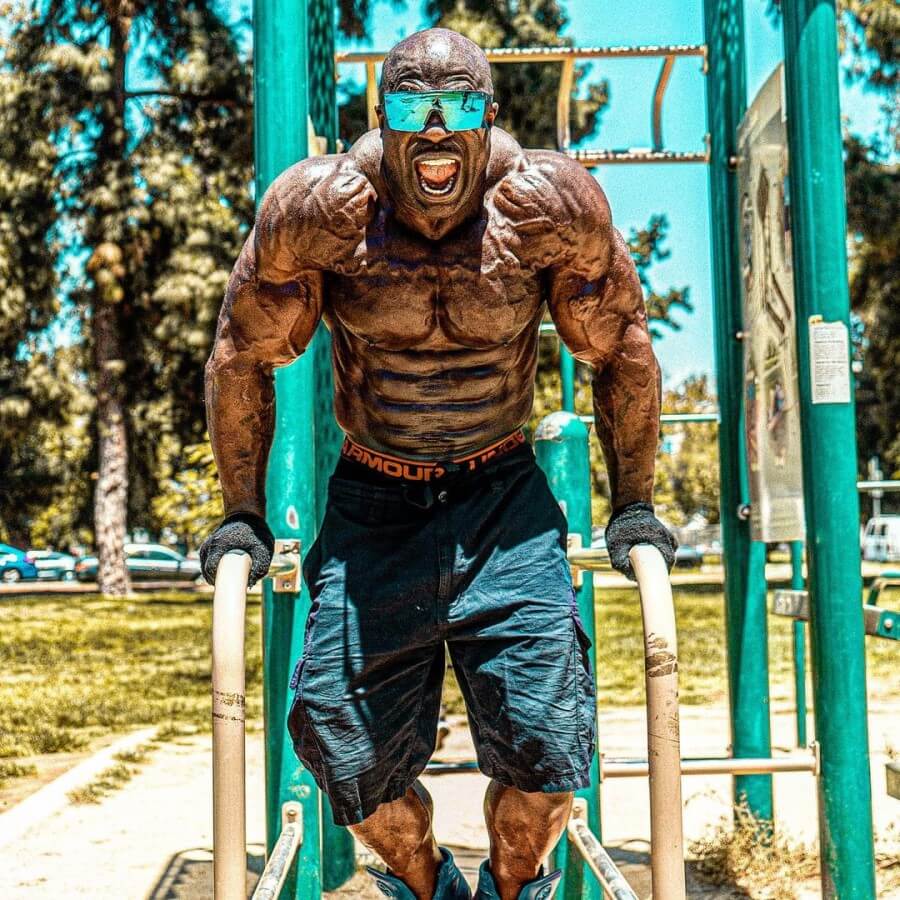 Well, we have a solution to all of those problems. Calisthenics. You can get the body that you want without going to the gym, without paying for a costly gym membership, and only having to commit to around 20 minutes per day.

In this article, we will be showing you 5 inspiring calisthenics body transformations that will show you that all of the above is true, for anyone.

Frank Medrano’s transformation is an inspiration for many people around the globe. As you can see from the pictures, he made a very impressive transformation, going from a very skinny frame in which many would even make an argument that he has sub-par genetics, to a physique that most men would only dream of.

Frank’s transformation shows that there is no excuse. Don’t think you can ever achieve your dream body because you think you have bad genetics? Well, Frank did it. Don’t have the time or money to go to a gym? That’s fine you can get results without either of those.

Frank shows us that the body you want is in your grasp.

Kali Muscle quickly banishes the stigma and myths surrounding calisthenics, showing that not only can you build muscle following strictly calisthenic routines, but you can also build a truly impressive amount of size.

He began his calisthenics body transformation when he was in prison. He had a desire to put on muscle and get stronger to make his time in prison worthwhile but he faced what he thought was a huge obstacle at first. There were no weights. Prisons no longer allow weightlifting equipment in the yard because there were multiple occasions where they were used as weapons. However, Kali Muscle did not let this stop him. He began making creative calisthenics exercise routines with whatever he could get. This included his bodyweight, everyday items such as towels, and even other prisoners.

Kali Muscle is now a very well–known and popular personality with millions of views on YouTube and has made many videos with other popular influencers.

Kali Muscle’s calisthenics body transformation has inspired millions of people around the globe, being living proof that calisthenics is a viable option to build a hell of a lot of muscle.

Lucy Lismore’s transformation began in 2016 when she set a new year’s resolution to be able to do a chin-up.  She set this goal because she saw a woman performing chin-ups on a video and she got great inspiration from this.

She began going to the gym, week after week attempting this while in the process also adding other basic exercises to her routine. After a few months she fell in love with calisthenics. During this process, she saw her body transform and she began living a healthy lifestyle.

At 17 years old Peter was over 40% body fat. He wasn’t happy with his body and wanted to make changes to his health. Using only calisthenic exercises, Peter managed to lose 35kg/77 lbs in two years.

Because of this and the fact that he gave inspiration to so many people to begin living healthier better lives, he was invited to compete in Denmark’s ninja warrior and after this, became a personal trainer to help other people do what he did.

Rose’s calisthenics journey starts with a tough backstory. Rose was addicted to opioids. One night she decided she was tired of battling this addiction and decided to go to rehab. After an unimaginable couple of months, she finally beat her addiction.

After this, she found she had a love and passion for fitness. In place of opioids, she has found a new, much healthier addiction, calisthenics.  She gives great praise to calisthenics and says discovering calisthenics saved her life.

She is now extremely strong and talented and can be seen on Instagram doing fitness videos and performing various feats of strength.

Thank you for reading this article about 5 Inspiring Calisthenics Body Transformations. All of the people in this list have done an extraordinary job of giving exposure to calisthenics and they have inspired millions of people around the globe to begin their own transformation process.