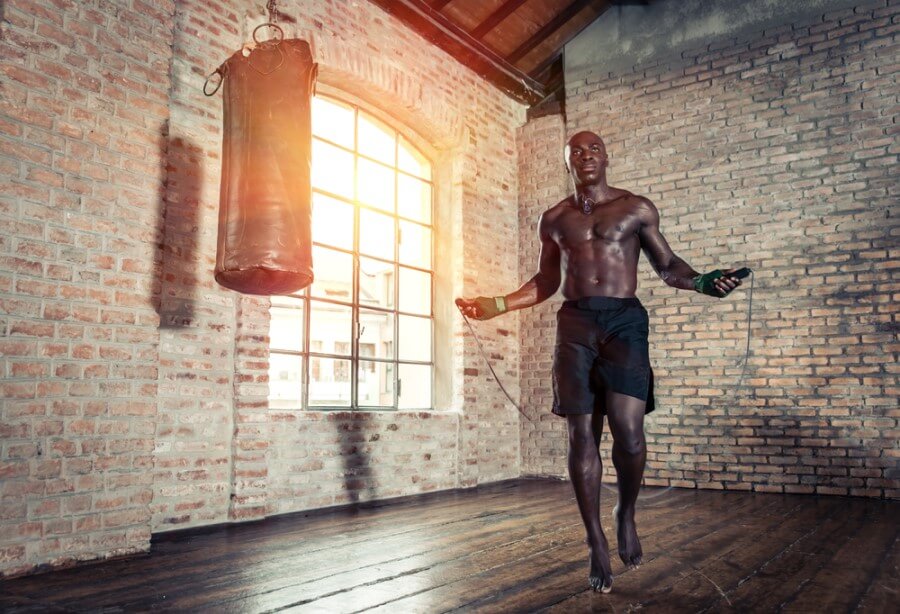 The term calisthenics can seem to be an extremely complicated one, but what it actually refers to is quite simple: bodyweight exercises that you can perform anytime, anywhere.

The biggest advantage of calisthenics is that it does not require you to go out and buy a bunch of strength training equipment like dumbbells and treadmills.

You can use equipment like dip bars and such if you need to give your body more advanced workouts, but it’s also enough to just find enough space to extend your limbs and do basic exercises.

In the context of Martial Arts, Calisthenics helps to get your body in shape, develop upper-body strength, and also increase your endurance and stamina. In this article, we will talk about the various aspects of calisthenics, and how they benefit a Martial Arts athlete.

Calisthenics is an excellent workout idea because they can strengthen your body within a very short time while at the same time not requiring any expensive equipment.

The basic idea behind calisthenics is to allow your own body weight to act on the different muscle groups and stimulate them for growth and endurance via gravity and bodyweight.

Calisthenics does not isolate individual muscles but rather works entire muscle groups quite effectively.

Calisthenics also helps to build body mass, which is crucial for heavyweight athletes.

Does Calisthenics Help with Fighting?

Calisthenics certainly won’t make you a better fighter overnight, but as with any effective training routine, it most certainly will not only improve your endurance in a fight but also your flexibility. It will increase the strength and flexibility of your body and will help you to recover from painful blows faster.

MMA athletes have to rely on their muscle power, skill set, and endurance to defeat their opponents, and this is an area where calisthenics comes in quite handy. MMA fighters can increase their muscle mass and boost their muscular strengths while not having to dabble into buying any fancy weights or equipment. A simple standing bag, a mat for grappling, and a pair of boxing gloves are enough for anybody to get started in the sport.

Calisthenics also improves the balance of the fighter and aids them to use their bodyweight judiciously during a fight.

Since the goal of an MMA fighter is not to get a toned body but to increase muscle strength, the calisthenics exercises that they use will be different from the usual.

Do MMA Fighters Do Calisthenics?

Yes, calisthenics is one of the most important workout routines for MMA fighters. They rely on calisthenics to increase their mobility, allow them to strike opponents with more power and speed, and be more agile and decisive in fights. Calisthenics is used by fighters from all categories in MMA.

The following calisthenics exercises are popular among MMA athletes:

This is an exercise that is universally popular among all MMA athletes, no matter their category. Doing pull-ups regularly helps you to strengthen your shoulders and strike your opponent with more vehement force. This comes in useful during MMA fights when you have your opponent close and you are able to land a decisive blow without losing your stamina.

Chin-ups are a great way to build your biceps and boost your upper-arm strength. When you are doing chin-ups you are using not only your arm strength but also your back and lats as you pull yourself up and over the bar.

The augmented upper-arm strength that you gain from chin-ups will be useful when you have your opponent down on the ground, and you will be able to use your arm to grapple him/her powerfully and gain victory.

Many MMA athletes rely on calisthenics as the only method of working their upper body, while others combine them with various free weight exercises.

A significant part of MMA is about how fast you can move while striking. It is not just enough to generate speed; it is also important to control that speed in order to allow your strikes to achieve the desired effect. Doing broad jumps will train your muscles to generate faster motions and decimate opponents with your speed.

Broad jumps also boost your leg strength, which will be needed if and when you find yourself pinned against the ground; you can use your strength to get back up on your feet and continue the fight.

The high intensity and speed of MMA often result in the energy reservoirs getting exhausted too early. It is a common occurrence that a player might get tired quickly in a fight, and his blows will not have the requisite power, and he would soon be pounded into submission.

Doing hill sprints help you to increase the strength of your lungs and prepare your body for high-intensity fights through both bodyweight training and cardio training. Hill Sprints will give you the endurance to store your energy in the fight, which is often the difference between defeat and victory.

MMA fights require you to move your body quickly and nimbly, which requires significant flexibility in your muscles. Inchworms are a calisthenics exercise that increases your mobility and improves the balance of your upper core. The stability you gain from this exercise will be valuable during high-intensity fights when you will be able to move around freely, avoiding your opponent’s blows until he gets tired.

A typical Martial Arts training schedule consists of cardio exercises, reflex training, full-body conditioning activity, flexibility exercises, and so on. There cannot be any monolithic schedule that can be prepared for all Martial Arts athletes since it varies through individual needs and the specific Sport. However, what is common among all good training schedules is getting adequate rest on at least one day of the week and following a diet plan charted by experts.

In Martial Arts, you can have superior strength and technique, but you might still end up losing the fight if you are not able to react quickly. During a fight, you have to make split-second decisions that might become the difference between victory and defeat. Hence every sincere Martial Arts athlete has to work on their reflex training.

The most important thing is to train yourself to keep a calm head amidst the adrenaline rush of a fight. If you can keep your calm and make rational decisions during a fight, you would be much better positioned to counteract your opponent’s blows.

There is a wide range of exercises that helps to build psychological stability for Martial Arts Athletes; you can use pretty much any of them to set yourself up for the fight.

Top MMA fighters and professional boxers use reflex punching bags for just this reason. This type of punching bag is designed solely to improve a fighter’s reflexes. It improves the speed with which your hands and feet respond to situations and will also increase your hand-eye coordination skills.

Coloured ball throws are an exciting reflex training exercise that you can use to boost your reactions. You would be faced with a variety of colours, and each coloured ball will require you to perform a different exercise, like striking, dodging, or kicking.

The following workout routines are used by Martial Arts Athletes who want to use their bodyweight to overpower opponents:

Push-ups are one of the basic calisthenic exercises that can be performed even by a beginner. You can vary the intensity and duration of the push-ups depending on your strength, but irrespective of the level, it is an effective workout. A common difficulty that arises while doing push-ups is that you might not be able to do them well because of a weak upper core. In such a scenario, you should practise planking for a few sessions, which will strengthen your upper body, and you will then be able to do push-ups.

While doing push-ups, keep in mind that you must not put much pressure on your lower back, as that will not work your abdominal muscles and also leave you susceptible to spinal injuries.

Burpees are not an exercise that you can perform as a beginner since executing them requires significant body fitness. But if you do manage to perform them, they offer unparalleled benefits in terms of strengthening your body. They work your shoulders and the muscles of your upper core, builds explosive power in your upper body, and also require little space and no equipment.

Dragon Flags are also an extremely difficult routine to perform for beginners, but if you can do it properly, it will give an excellent workout to your legs as well as abdominal muscles. This calisthenic exercise is suited for all kinds of Martial Arts events.

Dips are also an upper-body exercise, albeit one of the few calisthenics to require equipment. Dips require specific dip bars that you would grapple to increase the strength of your shoulders and upper body. However, you should be careful while doing dips not to maintain an upright posture, as that can potentially damage your shoulder joints.

Irrespective of which Martial Arts event you are participating in or which category you belong to, calisthenics is an excellent workout for athletes. It will make you a fitter, stronger, faster fighter, and it will make the difference in extremely close contests.