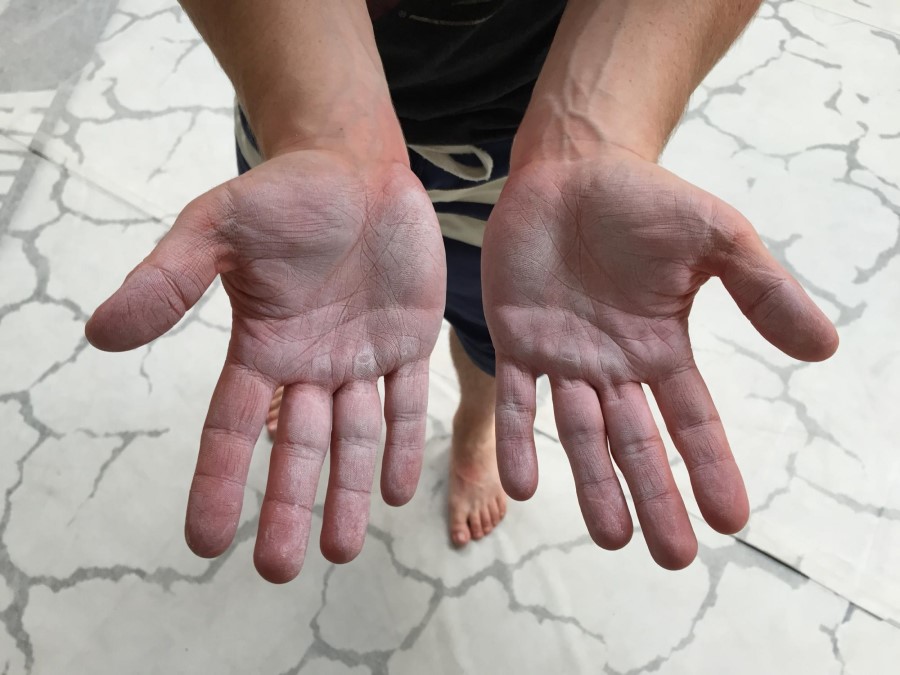 When it comes to fitness and exercise, Calisthenics is one form of physical activity which is possible to perform virtually anywhere.

While running through your moves in a commercial gym is doable, it’s equally possible to do so at a home gym setup in a garage or out in the park. This flexibility as well as the benefits of performing it have led to its increasing popularity as an affordable and effective form of physical exercise.

Calisthenics is exercise that mostly uses bodyweight to create resistance, rather than always relying on a set of weights to do so.

It may also include the use of various pieces of gym equipment to expand the range of exercises and how extensively or well that they can be performed. However, at its core, many moves and positions within calisthenics may be completed without the need for a heavily equipped gym.

You may have performed some of the exercises already in other physical training at school, in preparation for playing sports (Netball, Rugby & other team sports), and in other situations.

Compound exercises include pull-ups, push-ups, dips, squats, lunges, and jumping jacks – to name a few. These will likely be familiar and form part of any good calisthenics exercise routine for frequent practitioners.

Our round-up post featuring videos of some outstanding freestyle Calisthenics performances is worthy of review to see what’s possible!

The use of gymnastic rings and parallel bars allow people interested in calisthenics to create innovative routines that include different moves like Muscle-ups and other variations that are possible once both their strength and dexterity has improved sufficiently.

Callisthenics or Calisthenics? What’s in a Name?

Let’s clear this one up!

The correct spelling is Calisthenics, with one ‘L’. The word Callisthenics originates from the Ancient Greek language, which has been wrongly adapted to English yet now known as the norm.

How to Start Calisthenics?

The most important thing with calisthenics is to focus on proper form.

It’s far less important in the early going to try and learn how to perform multiple moves or positions to create exercise flow. Instead, mastering a single move is best. This avoids potential injury from bad form, provides functional gains in time, and surely develops confidence too.

Once you have mastered one move or position, shifting onto the next allows you to build up several moves each with good form. Then creating a routine to flow naturally from one set to the next, it’s possible to expand your abilities with calisthenics. Eventually, you can incorporate advanced moves to mix things up and avoid your future exercise routines from ever becoming boring.

Here are some beginner exercises in Calisthenics (they also don’t need any equipment at all):

Our full guide to starting calisthenics can be found here.

What Are the Benefits of Calisthenics?

Using calisthenics as part of a broader exercise program is an excellent way to build core strength, dial-up functional performance, and avoid the need to own 10 pieces of different gym equipment (and the space to use or store them).

Here are four other additional benefits to training calisthenics.

#1 Potential for weight loss or to get fit

Calisthenics isn’t just popular with the general public, but it’s also strongly followed by the military in various countries including the UK, and Stateside by the US Navy SEALs too.

One of the reasons is that unlike lifting weights alone, it develops functional strength, agility, and ups the fitness level. Thus, it avoids the repetitive nature of weightlifting where bodybuilders often have little cardio ability and fail to perform well other than in short bursts of high intensity.

Calisthenics with its incorporation of bodyweight exercises and use of resistance still offers many of the weight training benefits including muscle growth, but also with the engagement of many different muscle groups. The arms, legs, chest, back, and core all get engaged through a well-developed calisthenics exercise routine.

In terms of weight loss through calorie burn, moderate exercises using calisthenics for someone weighing approximately 155 pounds is likely to burn around 167 calories from a half-hour of activity. Also, when moving up to more complex routines with harder moves, then the calorie burn can reach close to 300 calories for every 30-minute session.

Health difficulties can result from not exercising several times a week. The deleterious effects of inactivity through being “a couch potato” or too much time in front of the PC may deliver complications over the years.

Performing calisthenics can improve your health to:

As covered in our extensive benefits of calisthenics training article, getting control over your body and its movement is powerful in and of itself.

While building up weight training to lift 50% or more of your body weight is impressive, there are few practical applications for it in everyday life. However, with calisthenics, this all changes because its range of movements builds up functional strength that’s particularly applicable to everyday life.

#4 Freedom to work out anywhere

While there are certainly some benefits to owning a set of parallel bars, gymnastic rings, or other equipment, the basic moves can be performed virtually anywhere.

The lack of a requirement to always need access to a gym is useful for people who travel for work. It’s also beneficial when stuck at home for long periods too. Also, it’s economic with time because there’s no need to allot an extended block of time for the gym (including transportation, parking, getting set up, cooling down/showering, etc.). Therefore, people interested in time efficiency see gains here too.

Is calisthenics good for fat loss?

Calisthenics is an excellent option for losing weight or burning fat. A basic routine will burn around 330 calories per hour for someone who weighs 155 pounds, though a bit less for someone lighter and usually a bit more for a heavy-set person.

Is calisthenics good for building muscle?

What’s necessary to appreciate here is that muscle fibres develop by creating resistance in one form or another. This causes the fibres to breakdown and rebuilds themselves stronger.

While weightlifting will certainly do this, performing a series of calisthenics exercises which includes resistance created through your bodyweight also builds muscle in the same manner. We have a detailed article that explains why calisthenics builds muscle for people who use resistance in beneficial ways.

Why you should start doing Calisthenics?

The continued higher functionality of your body requires balance, agility, strength, and control. While other types of exercises like running, rowing, or weightlifting may deliver some benefits, they don’t always translate into daily life.

By starting calisthenics, you can become more in control of your body, how it works, and better handle the signs of ageing too.

Will doing calisthenics help improve your performance in other sports?

Most certainly. Fitness workouts that coaches devise for sports teams often include elements of calisthenics workouts, such as mixing calisthenics with boxing, for example.

There’s considerable overlap between how the body develops with strong calisthenics routines and what’s needed by sports players on the field, court, or arena. This is why professional sports athletes often rely on this form of exercise.

Are calisthenics athletes stronger than Bodybuilders?

From a raw power perspective, a bodybuilder can likely lift a higher weight capacity than someone who practices Calisthenics. However, this is because they’ve trained their body to complete this limited movement exercise specifically and well. Nevertheless, on strength to mass ratio, calisthenics practitioners demonstrate better performance, improved balance, functional strength, and don’t have an artificial-looking bulked-up appearance.